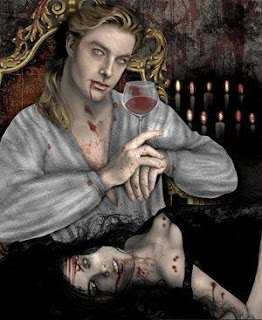 I watched this movie several months ago while I was taking a surrealism course. Robert Pattison plays a young Salvador Dali, and portrays his pure genius and his struggles with his sexuality. The principals of surrealism were revolutionary for the time and very intriguing. Surrealists rejected all principals of traditional and classic art. They experimented with drugs to open new pathways to the creative process. Surrealist authors and artists kept dream journals. The juxtaposition of images that would not normally go together created a shocking new set of images. There was no planning involved, the creation process was spontaneous and random. The Count of Lautremont described this new vision of beauty as : « Beau comme la rencontre fortuite d’un parapluie et d’une machine à coudre sur une table de dissection. » Roughly translated as “beautiful like the random encounter between an umbrella and a sewing machine on a dissection table.” Thousands of scholars have attempted to analyse what this passage could possibly mean which has resulted in hundreds of possibilities. Nothing was structured or for certain in the surrealist movement. Surrealists admired the imagination of children, which was untainted and uncorrupted by the structure of society which they believed striped the imagination and creativity out of humans.

I currently have a poster of Dali’s Swans reflecting Elephants on my wall in my bedroom. Dali’s reputation and his outrageous and flamboyant antics tended to take away from the quality and impact his works had on the art world. To this day, most audiences will recognize The Persistence of Memory – that is to say, the painting of the melting clocks in the desert. His paintings look as though they were pulled straight out of someone’s dreams, mixing a combination of objects and scenery that would never been seen together while conscious. He is definitely one of my favourite artists – I like things that are different and stick out. One of his most outrageous paintings is Dream Caused by the Flight of a Bee Around a Pomegranate a Second Before Awakening. Its title alone speaks volumes as to the originality and unusualness of the work.

I was actually able to stomach Robert Pattison in his role as Dali, the same actor I absolutely despise in the Twilight Saga. He is a better actor than that series lets on, but it also speaks volumes about how terrible an author Stephanie Meyer is, that her character seems so lifeless (no pun intended as his character is a vampire.) I have read all four books in the series: Twilight, New Moon, Eclipse and Breaking Dawn and wasn’t terribly impressed. It is clear that Ms. Meyer has moulded the character of Bella around herself and all of her characters fall flat. They don’t act and behave like real people do. Bella is an idiot – salivating over a vampire that she just met and who displays violent tendencies, and choosing him over Jacob, a family friend that has known her for years and actually gives a whoot about her. There is apparently a drinking game that teens/ young adults are playing now: take a drink every time only Bella’s father Charlie seems to be the only one who gives a damn about her. You will be plastered within half an hour. Whether you are a lover or hater of the books, there is no denying the fact that there are thousands of Twihards out there, and that the popularity of the names Bella, Jacob and Edward have skyrocketed.

In addition to reading all the books, I have also seen the three Twilight movies that have been released so far. Part 1 of Breaking Dawn comes out in a couple of weeks here in Canada and I’m very curious how they are going to be able to show a couple of major scenes to teenage audiences, namely the violent sex scene between Edward and Bella on their honeymoon. In the book, Ms. Meyer describes the bruises Bella discovers on her body the following morning and how much pain she is in after their rendezvous because Edward loses control. Showing that sort of violence is not going to go over well with movie critics who will slam the director/screenwriter for portraying domestic violence. The other sequence I’m curious about is the birth of Renesmee (the half-vampire/ half-human child of Edward and Bella and also the dumbest name I’ve ever heard). In the book she more or less eats her way out of Bella’s womb which strikes me as a little graphic.

The whole vampire faze I was never really taken with. I love the novel Dracula by Bram Stoker, but that was published over a century ago before this recent onslaught of vampire-based TV series and books. Dracula was intentionally written to scare women into not being promiscuous. Mina represents the ideal Victorian woman, she is chaste and faithful and not easily seduced by Dracula. Her best friend Lucy on the other hand, gets three marriage proposals in one day, and once bitten by Count Dracula must receive blood transfusions from other men (which can be symbolically be seen as sex, as it is their bodily fluids entering her). It is a wonderfully crafted and intriguing novel, and remains a classic to this day. I have never watched True Blood, The Vampire Diaries or Buffy the Vampire Slayer. I’m not entirely sure why but the whole mysterious fanged stranger thing never did it for me, and most definitely not the Edward Cullen type.