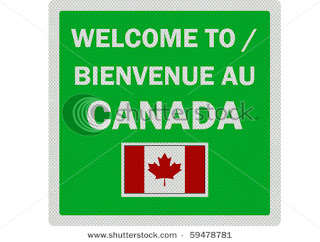 This Canadian comedy-action movie is likely one of my favourite movies of all time. It’s funny, it’s a creative concept, and for me especially – it mixes both French and English dialogue together (with subtitles of course for those who aren’t as fortunate to know both languages). When a dead man’s body is found slumped over the sign dividing the province of Quebec from the province of Ontario, officers from both forces must join together to find the killer. The underlying issue that the film addresses is the cultural and language differences between the two provinces, with Colm Feore embodying Ontario and Patrick Huard as the stereotypical Quebecois man. The two men despite their linguistic barriers (which results in many hilarious scenarios) learn to compromise and work together and ultimately solve the murder case.

Growing up in Ontario, a predominantly English-speaking province, knowing how to speak French was not essential or even really encouraged. When I was 9, the opportunity to go to a bilingual school arose, and my parents took advantage of it, placing me and my two siblings in the program. I really had no say in the matter, but as a 9 year old I really no trouble making new friends and adapting to a new school. Even at the age of 9, I had an aptitude for the language. I thrived in the new French environment and even got the opportunity to go into a gifted program in Grade 8. Unfortunately in Ontario (I don’t know about the rest of Canada) French in high school is only mandatory in Grade 9, every year after that it is an elective credit. There were 6 classes of 25ish students each in Grade 9. By Grade 10 there was one class of 30 students, which dwindled to 12 students in Grade 11 and down to ten pupils by Grade 12. I was one of ten students in a graduating class of around 300 that took French all the way through secondary school.

My hometown is an entirely English speaking Caucasian population. My family is completely Anglophone. My dad believes that French is comprised of sticking le or la in front of English words and saying them with a French accent. So instead of: Veux-tu des oeufs pour le petit déjeuner, his version sounds like “would you like le eggs for la breakfast?” I decided to pursue French in university, and was one of maybe 30 students who studied French as a Second Language (Français langue seconde). French is not a particularly popular major for native English speakers. I studied French in the nation’s capital. Ottawa is an entirely bilingual city with French and English signs everywhere, which helped me fully immerse into my program. I volunteered at the bilingualism centre on campus, working with an exchange student from France to improve her English. I took many courses over my four year degree where I was the only native English speaker in the class. I was teased occasionally by friends who were in science programs about being an Arts major; my retort was that they weren’t doing their entire degree in their second language.

I am very pro-bilingualism as you may have guessed. Living in a country with two official languages, I personally believe that every Canadian should be able to communicate in both. Unrealistic perhaps, but I don’t believe the expectations of Anglophones having to learn French is anywhere the same as Francophones being forced to learn English. I dated a Franco Ontarian for nearly 2 years, and he needed at least three English credits in high school, whereas I only needed one in French. As part of my program, I needed several French history and culture credits, one of them on the province of Quebec. I understand why the French are fiercely proud of their language and culture and are not terribly receptive to the English-speaking world. «La langue est la gardienne de la foi» The French language is the root of French identity.

I am proud to be a Francophile and find much of the Québécois culture fascinating. Cultural events like Cirque de Soliel and Bonhomme Carnaval, and foods such as poutine, pâté chinois, Montreal smoked meat sandwiches, and tortière all have their origins in the French province. They have their own unique history from the Battle on the Plains of Abraham, to the conservative regime of Maurice Duplessis, to the Quiet Revolution (la révolution tranquille) in the 1960`s, to the actions of the FLQ (Front de libération du Québec) during the time of Pierre Elliot Trudeau. Montreal was the host of the World Exposition in 1967, which put both Canada and Quebec on the world map. They underwent two referendums to decide whether they would remain part of Canada or seek independence as their own nation. Quebec and its people have definitely fought to protect its culture and identity, which has gone so far as to exclude English speakers. They fear assimilation and go to (sometimes) extreme measures to prevent it from happening. But for those who have made the effort to learn Canada’s second official language, an entire other culture is there to discover.