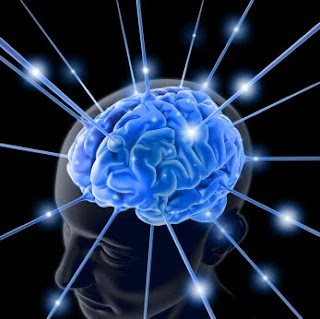 I was walking home after work last night, looking up at the constellations. I have always been able to find the big dipper before the little dipper, and I want to eventually find my zodiac sign in the stars (Cancer). Star gazing reminded me of the scene from A Beautiful Mind when John Nash (Russell Crowe) and his girlfriend and future wife trace the shapes of an umbrella and an octopus in the sky. I saw A Beautiful Mind when I was in high school; I’m pretty sure in psychology class. The story profiles the early life and descent into schizophrenia of famous American economist John Nash. Although incredibly intelligent, he suffered from a crippling mental illness. His brain was both a blessing and a curse. Schizophrenia is an illness in which the individual loses touch with reality. Sufferers are often unable to act normally in social situations (demonstrated in multiple scenes of the movie,) think logically and experience delusions. There is a thin line between genius and insanity and many of the world’s most brilliant people walk that line.

Renowned German physicist and scientist Albert Einstein is often considered one of the smartest people who ever lived. His brain was donated to science and has been studied extensively trying to pinpoint what made Einstein smarter than the rest of us. The “Father of Physics” also won the 1921 Nobel Prize. He is the epitome of a “mad scientist” although he never demonstrated any sort of mental illness.

Legendary Dutch painter Vincent Van Gogh toed this line most of his life. At an early age he was distant from his peers and had few close friends. While his works are now amongst some of the most recognized in the world (Starry Night, Portrait of Dr. Gachet, Night Café, The Potato Eaters, Irises), it is his eccentricity and his notorious cutting off his ear that many associate with the artist. He loved to do portraits, as the people in his paintings helped to fill the void of actual human contact. While filled with an artistic aptitude that few could touch, he was a very troubled and disturbed man. He suffered with anxiety, extreme loneliness and mental illness, taking his life with a gun before the age of 40. He died penniless and unknown and it was only after his death that his influence on the art world would be noted. I watched a wonderful documentary: The Life and Death of Vincent Van Gogh on CBS. For those of you who are interested, I encourage you to check it out: http://www.youtube.com/watch?v=zPQo4eSgZwU

There has been keen interest into the minds of serial killers. Most serial killers have above average IQ’s and yet have deviated into malice. This combination is what makes them so cunning and difficult to apprehend. The book: My Life Among the Serial Killers: Inside the Minds of the World's Most Notorious Murderers details the exploration of the author into the minds of these criminals. Being compulsive liars, having an underdeveloped emotional capacity, and lacking empathy are all characteristics of these social deviants. From Wikipedia: the Organized type of serial killers are usually of high intelligence, have an above average IQ (105-120 range), and plan their crimes quite methodically, usually abducting victims, killing them in one place and disposing of them in another. They will often lure the victims with ploys appealing to their sense of sympathy. Others specifically target prostitutes, who are likely to voluntarily go with a serial killer posing as a customer. They maintain a high degree of control over the crime scene, and usually have a good knowledge of forensic science that enables them to cover their tracks, such as by burying the body or weighting it down and sinking it in a river. They follow their crimes in the media carefully and often take pride in their actions, as if it were a grand project. The organized killer is usually socially adequate and has friends and lovers, often even a spouse and children. They are the type who, when captured, are most likely to be described by acquaintances as “a really nice guy” who “wouldn’t hurt a fly.” Most of the most prolific criminals fall into this category.

I consider myself a pretty bright person. I have always excelled in school and averaged 120 on the three IQ tests I took. While I am grateful for having the brain I do, it this same organ that reeked havoc on my life for about a year. After having a massive panic attack while in my second year of university, something flipped in my brain. I was worried constantly, mostly about dying. I was paranoid about being alone, for fear that something bad would happen and no one would be there to help me. I was unable to sleep at night, for fear of the dark and the belief that there was someone out there who was out to get me in the night. It consumed my life and was absolutely crippling. During those months I wound up calling 911 on a couple of occasions, thinking I was dying. I don’t even want to know what my blood pressure was like during that time. Trying to explain this to someone who doesn’t have anxiety is very difficult and before I was diagnosed I thought I was going crazy. I didn’t have a name to put to what I was feeling and experiencing – a thought that was even more frightening. As it turns out G.A.D. is very common, affecting nearly one in ten people. I wound up doing 12 weeks of psychotherapy treatment, as I’m not a big believer in taking medication because it doesn’t actually fix the root of the problem. Honestly one of the best things I’ve ever done for myself. While the process was painful, I’m far more self-aware now (how I tick), which I think can only make me a better daughter, sister and future girlfriend.