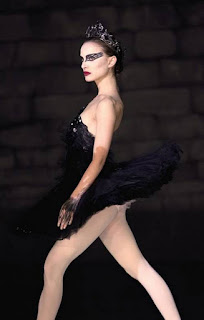 When I was six or seven my parents rented me The Swan Princess, which to this day remains one of my favourite movies despite being animated and rated G. My dear friend Daphne found me a copy on DVD at the local grocery store in our first year of university and I still have it in my possession. I was captivated by the love story of Odette and Derek and the evil sorcerer von Rothbart who was determined to keep the lovers apart, and to take control of the kingdom. The song “Far longer than forever” still brings chills and the characters of Jean-Bob the frog and Speed the turtle add an interesting spin on the classic story. Without being fully aware, Swan Lake would reappear several more times throughout my life. Funny how a children’s film can still resonate nearly 15 years later.

Very few people know this (not even my parents) but at the beginning of grade 9, I wanted to take ballet lessons. I was considerably thinner than I am now and had several friends who were all taking dance classes. Ballet was so elegant and emotionally moving that I wanted to try it. Even to this day, it’s on my bucket list to see Swan Lake performed live. It was also in grade 9 that I stumbled across my favourite female figure skater American Sasha Cohen on TV performing at Skate America. She was beautiful, inhumanly flexible in her spins and spirals and tended to skate to music by Tchaikovsky and other Russian composers. It was then that I heard the music of Swan Lake for the first time. It is largely due to her that I went out and purchased several Tchaikovsky CD’s. He still remains my favourite classical composer and has quite the remarkable personal life to go along with his talent.

I was a little reluctant to watch the film Black Swan directed by Darren Aronofsky which hit theatres less than a year ago. I have never been a big fan of horror/ suspense and from the trailers it was difficult to gauge how scary it would actually be. In actuality I wasn’t scared at all – the focus of the film is more about the dancing and the story of Swan Lake intertwined with Nina’s descent into psychosis than it is about scaring the hell out of the audience. I find psychology fascinating although I’ve never studied it in post-secondary. I absolutely loved the movie (props to Natalie Portman) and recognized multiple passages of the music that Sasha Cohen had skated to in her programs. It’s funny how Russia, ballet and figure skating are fit together like pieces of a puzzle.

I think I can safely say that figure skaters are responsible for me being a Russophile (lover of all things Russian). My favourite male figure skater (before his retirement) was Alexei Yagudin, gold medalist at the 2002 Salt Lake City Olympics (the same Olympics as the Jamie Sale and David Pelletier skating scandal for those Canadians out there). He was aesthetically gorgeous and had footwork sequences that just blew away the competition. His personality oozed onto the ice and myself (along with his thousands of female fans) were smitten. In the attempt to write him a letter in his native language, I took two Russian courses in university – one language course and one culture course. I have read works by Leo Tolstoy, Ivan Turgenev, Alexander Pushkin, Nicolai Gogol and Fyodor Dostoyevsky. For my entire 2nd year of studies I had the Russian alphabet taped into my wall and a practiced everyday so that I would not forget it. I still remember how to write my first name in Russian: Бритни.

The entire Russia world for centuries has remained a mystery to the west largely due to the linguistic barrier and there is this untapped wealth of culture that most people are unaware of. Russian is a beautiful language and has one of the sexiest accents in my humble opinion. Cyrillic is difficult to master (and I have since forgotten most of what I learned) but only has 33 characters, so when you compared it to Mandarin which has over 60000 – the task of learning it seems far less daunting. Russia has made it to the top 3 in the list of countries I would like to visit and hopefully when I’m done my studies and paid off my student loans, I can visit the land and people that have captivated me for several years.