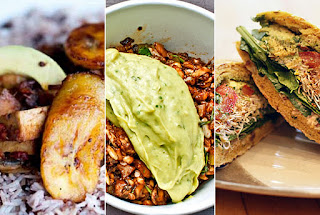 This Québécois film, directed by Hugo Latulippe follows the social impact and consequences of the mass-produced meat products here in Canada. The film garnered major recognition being an official selection at film festivals in Barcelona, Montreal, Halifax and Edmonton. The globalization of the meat market but also of the food industry is quite disconcerting. Food rarely comes home-grown on the farm, as it is not profitable. Instead factories and farms are becoming a sort of assembly line, mass producing food for the world and shipping it thousands of miles away. Taking the 200km challenge is incredibly difficult, meaning not eating foods that come from any further than 200 kilometres from your place of residence. The quality of food and meat has decreased immensely. Organic and free range products are still available, but they are harder to find and more expensive. Due to all the pesticides, hormones and treatment of animals in these factory-farms, many people have turned to being vegetarian or vegan.

I was a vegetarian for just over two years. I was a lacto-ovo vegetarian; someone who refuses to give up eggs and dairy products – I could not live without my yogurt, cheese and milk. I also figured it can’t be that healthy to be eliminating major sources of protein and calcium from your diet. I avoided all meat, including seafood (which proved to be my vice). Not eating meat exposed me to a variety of new foods and forced me to get a little creative with my cooking. I tried lentils, bean salads, tofu, ground round, and soy milk for the first time. I would substitute the ground beef in lasagne with sliced zucchini and eggplant, chicken slices with refried beans, sour cream and salsa in fajitas, and traditional beef burgers with Portobello mushroom Swiss ones. It really wasn’t a major ordeal for me. I love all veggies, from broccoli (steamed and smothered in cheese sauce) to celery (with peanut butter and raisins on top) to radishes (with ranch dip) to Brussels sprouts (with butter, pepper and salt).

I didn’t become a vegetarian for moral reasons. I have nothing against eating meat. My father has been a hunter for as long as I can remember and I have eaten most meats known to man from duck to rabbit to venison. I didn’t become a vegetarian even for health reasons. I could probably afford to lose another 10lbs but I’m in pretty good shape and on my multiple doctors’ visits my blood pressure is normal. I became a vegetarian sort of as a challenge to myself. In university I had 4 close friends who were all vegetarians, and I challenged myself to give up meat for just a week, to see if I could do it. The first week was actually pretty easy. I have never been a picky eater, so I didn’t even miss meat in my diet. One week became two weeks, which became a month, which turned into a year. My family wasn’t terribly supportive of this new lifestyle I’d adopted, largely because we were always an omnivorous family. Coming home to visit was always a little touchy just because my mother didn’t cater to my not eating meat, and the main course usually comprised of something chocked full of it.

Even now (no longer a vegetarian) I don’t eat much red meat and I despise pork. I read an article in a magazine talking about how whatever an animal eats turns to meat on their bones. Pigs eat everything, including their own feces – hence all pork products are laced with viruses and e coli. As soon as I found that out, I was completely turned off ham, bacon, and pork chops. I do eat a lot of chicken and seafood. Chicken and seafood contain far less saturated fat than red meat, but still have the same protein content. Both are pretty versatile too. Chicken can be used in fajitas, stews, sandwiches, salads and soup while seafood is awesome in stir-fries, with pasta, and on crackers with cream cheese. Seafood is probably one of my favourite food groups and I cannot imagine being allergic to it. Sushi is divine (anyone who wants to win major brownie points can take me out to a sushi place anytime), scallops are incredible and shrimp are so tiny and yet so tasty.

As it turned out, seafood turned out to be the reason why I didn’t continue being a vegetarian. I caved one day and splurged on seafood lasagne. My mouth exploded with flavour and my resolve collapsed. I started eating fish on a weekly basis, so I could no longer call myself a vegetarian. Fish turned to chicken, which turned into the occasional beef hamburger *gasp*. Even now, I toy with the idea of going back to being a meat-free individual, but I grapple with having to give up seafood again. I really have no issue with not eating beef or chicken again. I don’t eat a lot of foods that are processed – you won’t find sugary cereals (Lucky Charms, Fruit Loops or Count Chocula) or white bread in my cupboards. I do however love a good dark chocolate bar. My last grocery trip consisted of: pumpernickel bread, hummus, giant stuffed olives, yogurt, Cheerios, milk, eggs, 2 cans of condensed mushroom soup, 3 pints of blackberries, ground chicken, chow mien noodles, frozen veggies and almond butter. Food really is the fuel that you put into your body to keep it going. Garbage in, garbage out. I love eating and I love healthy food. While buying organic is not always practical or possible, you can still read the packaging. If you can’t pronounce some of the ingredients, you should leave it on the shelf. Period.