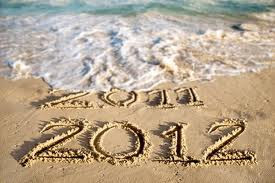 Given its the last day of the year 2011, I've been reflecting a lot on this past year. Mistakes I've made, the heartbreak I endured towards the middle of the year, all the new things I've learned, the hurdles I've overcome, and how much of a better person I am. The year 2012 for me really is a fresh start. The latter part of 2011 I wish I could just go back and delete.

I hate making New Years resolutions because many of them are not long-term goals, and they often fail. My goal for the year is to do a photo blog: Project 365 - with one photo for everyday of my life. It will be posted on here, as well as on Facebook. One of my classmates from university did it, and it was interesting to see all the things she did over the course of an entire year. I think it also forces me to get out and do more on a regular basis so that my life doesn't become boring. I also love taking pictures and photos require a lot less writing than a regular blog, so I don't anticipate it will be too hard to keep on top of. These last couple of months I have been getting better at goal setting and undertaking new things.

So far in January I will be:
- starting a chess club at the school I work at
- volunteering in the french classroom
- teaching badminton at the YMCA
- joining a second badminton club
- starting zumba classes
- continuing with my 3x/ week yoga classes
- starting my photo blog
- taking care of my new Betta fish Sébastien
- continuing the organization of a Quizbowl tournament to be held in early February

It's no wonder I'm single eh? I have no time in my schedule. And to be honest, it feels great to be "doing me" for the first time in nearly 3 years. I do what I want and don't give a flying fig about what anyone else thinks. Being single is so much easier than being with anyone. Sure it gets lonely sometimes, but you can't ever be let down. The only person you can ever rely on is yourself.
Posted by Britney at 7:46 AM