June: A Month of Zen 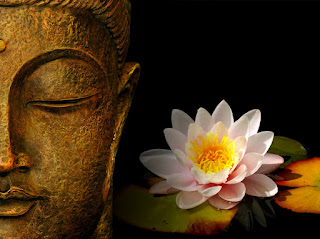 I can’t believe it’s June already; the halfway point of 2012.

I am officially all moved into the new apartment. I actually got to move in a day early because of the weather forecast, which was shockingly accurate. It’s been three days in the new place and despite the fact I currently have no internet or television, I’m greatly enjoying it (I’m currently typing this from one of the many public libraries in Kingston). Everything is more or less unpacked and I’m still getting used to the fact that my two roommates and the three guys who live in the apartment upstairs won’t be moving back in until September.

Even though the move is over, there are still plenty of things on my to-do list. I need to re-apply for OSAP for the upcoming school year, get my police check done for teacher’s college, register for classes in July and eventually get the internet installed – just to name a few. It still hasn’t hit me yet that I’m going back to school in the fall. This past year has been the first year since I was in kindergarten that I haven’t been a student. While I have enjoyed my year off from studies, I’m relieved to finally be finishing up my schooling this year. I’m excited to be headed back because of the social aspect as well. Many of my friends I met in classes and through clubs while I was at the University of Ottawa, and when I left I had the added challenge of meeting new people here. I’m one of 450ish students entering the Education program at Queen’s and only one of maybe 25 looking to be a French teacher. I’ll be playing Quizbowl again this year, am hoping to keep playing intramural badminton and perhaps join a French club.

The boyfriend and I are getting along famously. He’s been over a couple of times since I moved and because he was unable to help with the move, he shall be meeting my parents hopefully in the next couple of weeks :P He’s such a doll. This weekend we had a pizza and movie date night. Movie of choice? The newest film adaptation of The Three Musketeers – don’t even get me started about how awful it was. As a massive fan of Alexandre Dumas, the screenwriters butchered the hell out of it. Storyline was similar I suppose, but three of the characters didn’t die like they should have according to the novel. The biggest part that threw me was the technology that seemed to exist during 17th century France – airships and security systems? I don’t think so. It just didn’t jive with the time and rest of the story. Perhaps just a pet peeve of mine as well, but they anglicised all of the names, most notably “Aramis” with a strong emphasis on the “S” when it is supposed to be silent. Personally if a name is French, it should be pronounced in French. Milady de Winter wasn’t portrayed as even half of the evil conniving bitch she was supposed to be. All in all, a pretty big disappointment but it was made better by the fact it was with my new squeeze – he makes many things tolerable. Unlike me, he didn’t mind the movie…but having read the book I was fuming the entire time.

The French Open is currently underway in Paris (one of the four Gland Slams on the ATP tennis circuit for those of you who don’t follow the sport) and as expected I’m rooting for Nadal. Upon moving into my new place I have one entire wall covered with exclusively photos and posters of the tennis player, which I have aptly called my “Nadal Wall”. Rafa is a 6 time winner of the event and if he wins this year, he will have the record for the most number of wins at that event in the Open Era. Both the boyfriend and I are massive fans and have been following it since it started. Currently on the men’s side they are in the round of 32. Nadal is still in contention. It’s funny to be dating a tennis player and fan – prior to him, none of my friends played or gave a damn about the sport :P He no doubt knows more than I do and it’s awesome to be constantly learning things. It will only help my trivia knowledge for tournaments this upcoming year when I play Quizbowl for Queen’s University.

I started reading the highly controversial new series “Fifty Shades of Grey” a couple of weeks ago. I didn’t realize it was a trilogy until I poked my head into the local Chapters bookstore. Currently I’m 70% done the second book. While it’s a pretty easy read, I can see why the book is raising some eyebrows. Not to give the whole plot away but to summarize it’s about a wealthy businessman in the US and how he falls in love with a woman he wants to be his sex slave (submissive). It is definitely geared towards a mature audience with all the detailed erotica. While I understand that sex is the underlying theme of the novel, after a while the detailed sex scenes get repetitive and lose the desired effect. I’m to the point now where I’m just skimming over them. Only the rest of the second book and all of the third to go.

I landed a fulltime job for the summer here in Kingston working at the YMCA so I’m relieved my job hunt is over and I can look forward to the rest of the summer. On top of working this summer, I will also be celebrating my 23rd *gasp* birthday in mid-July and going to the Roger’s Cup (tennis tournament) in Toronto early in the month of August with the boyfriend. He hasn’t been since 2006 and I’m pretty sure he’s more pumped than I am…well maybe. I had to miss last year because of my job last summer so I don’t want that to be the case this summer. When I did go in 2010 it was with a friend who lived in the Toronto area but who didn’t follow tennis at all. I think it will be a lot more fun with a fellow tennis fan/ my significant other :P

Signing off for now – I gotta grab a shower and run some errands. À la prochaine!
Posted by Britney at 2:05 PM