October, 12/ 2012
So I've survived my first four days of placement, and I've really enjoyed it. The staff were incredibly warm and welcoming, my associate teacher included and I feel very much at home.
I have learned a lot in just the last few days, and still have piles more to absorb. I haven't really worked with children this young before, so it's been an enlightening, if not challenging experience so far.

Being in a kindergarten class poses its own set of challenges; not so much the material being taught, but things such as having to break lessons up into smaller pieces because they can't sit still for an extended period, and all the physical things they need assistance with (i.e.: opening their snacks, zipping up their coats, etc). Another added challenge is having to learn twice as many names as any other class, because kindergarten students are only in school every other day, and alternating Fridays. 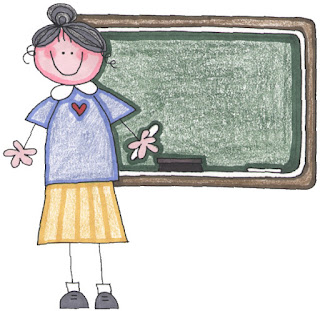 My associate teacher is well versed in this age group and is a wonderful teacher. I've started making notes of all the great ideas she has, in the hopes of incorporating them into my own teaching/ classroom management style. We planned the entire second weeks lesson plans together, and I will be teaching science, math and art which I'm looking forward to. We went on a field trip to the apple orchard and corn maze all the way in Picton for the afternoon on Thursday.

I've gotten to experience the entire day's routine, from coming in during the morning and hanging up backpacks and having a snack, to at the end of the day when we walk all the kids to the buses.

October 19th/2012
It's been a very busy week in the kindergarten classroom so the days have flown by. I got the opportunity to teach art (tissue paper apples that I put up on our new bulletin board outside the classroom), science (nature themed doing leaf rubbings with crayons) and math (measuring objects in the classroom with a balance scale) this week; all pretty basic lessons but challenging to a certain extent to organize. I have discovered that group management is essential in a classroom of young children because they haven't really learned to self-regulate yet. They tend to be impulsive and need constant reminders to stay on task, to remember to change their shoes, etc. The majority of the kids have finally learned my name and approach me frequently with questions and concerns.
While I enjoy working with the kids in the classroom, I think I have realized that I don't think I want to teach kindergarten. While I know this level of education is essential, I just don't think I'm cut out for it. There is minimal time to have breaks, I have been spending a huge amount of time stapling papers, making photocopies, assembling personalized key rings with letter sounds and/or sight words for each child, etc over the last week. This isn't a complaint per say because I love being busy but I feel that the amount of preparing required for a kindergarten class is higher than average. The level of the material being taught is not really as difficult like I would like it to be, and I get slightly frustrated when some of the kids are unable to identify the letters of the alphabet that are in their own name. I also think to a certain extent that so much more has to be prepared and planned when you are a teacher in a classroom of young children because they are unable to do a lot of things themselves.

My associate teacher has been putting me to good use over the course of this week, running errands for her because she is unable to leave the classroom. I really have no idea how she does it and she really goes above and beyond what is expected I believe as a teacher. She is very much a hands-on kind of person and exposes the kids to a variety of new experiences within the classroom. We made apple crisp this week for both the A and B day classes, getting the opportunity to use an old-fashioned apple peeler and slicer, measuring the ingredients, and finally at the end of the day, being able to sample what they had created. I don't ever recall doing that when I was that age.

October, 26/2012
Wow, it's my last full day for the first block of practicum already! It's been almost a month but its flown by. I think I have come to the realization that I'm very much looking forward to the new year when I will be placed in one of the Junior grades (4-6). Not that I dislike kindergarten by any stretch of the imagination, it's just not an age group I have a lot of experience working with or that I think have the patience for long-term. They are cute as buttons and for the most part quite wonderful to work with. It is rather obvious though which ones are going to be the ones with social and academic issues in future grades. It's also unfortunate to see which ones are likely not getting any academic support at home.

Before my little brother, sister and I went into kindergarten, mom made sure all of us could read. That being said, she was a stay-at-home mom and she had one-on-one time with us which was critical (more so in the case of my brother who had a hard time focussing in a classroom with other kids). This one-on-one time spent with each student is pretty much non-existent in a kindergarten classroom, when you are being pulled in 18 or more directions at once. There isn't really the opportunity to sit down with one child and work on their sounds/letters in their name until they understand. I can't remember how well I could write in kindergarten, but I know that I could identify letters and what sounds they made. It's very frustrating to me that there are several children in the class that are unable to even identify the letters in their own names. Admittedly I acknowledge the learning curve between the ages of 4 & 5 is massive, so even though some of the JK's may not be able to spell or read their names now, they possibly could at the end of this year. Teaching children is a long and slow process for sure.

I had the opportunity to teach a guided reading lesson on a Clifford the Big Red Dog book, work with small guided groups on word awareness activities, help paint, dress and build wooden scarecrows, as well as cut out hundreds of assorted fabric squares for our math unit on patterning and building quilts. While I love the child-oriented material being taught, I feel to a certain extent that I'm "dumbing myself down" with what I'm teaching. Obviously you talk to a 4 year old very differently than you would a 9 year old. Most of the experience I have working with children has been with kids between the ages of 8-13. It sounds awful, but I'd much rather be teaching more difficult material. Also, although I am in the P/J (Primary/Junior) B.Ed. program, I plan on getting my certification to teach older grades as well. With my undergraduate degree in French it will definitely help open up more job opportunities.
Posted by Britney at 8:42 PM