April: A Month of Clarity 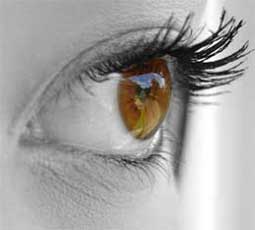 And...sure enough, just like last month, I have been so occupied that I haven't taken a moment to blog. Gosh I really am bad at keeping on top of this. Life has only gotten more chaotic and more exciting as April has progressed.

I have finally figured out where I'll be living over the summer and into the Fall when I head back to university. I am absolutely taken with the apartment I found and can't wait to move in in just over a month. It's less than a block from where I currently work and right downtown in Kingston.

I also have a new significant other in my life :P Through a weird series of events we ended up seeing each other. I'm completely smitten and has only given me something else to look forward to and enjoy in life. He's a keeper and I am one very lucky girl. I shan't go into too many details as I don't want to bore you with my love life haha.

Now I'm on the job hunt for something full time for the months of July and August. All my plans for the summer I thought were finalized, but I have realized that things are rarely ever set in stone and I've been learning to deal with letting things go. Letting events unfold has never been something I've been good at. I like planning, organizing and to a certain degree controlling things that happen in life. But as I have recently learned, things happen for a reason.

Had I not started working for the Y, broken up with my ex, and moved back to Kingston...I would have never met my new squeeze. Acknowledging that I don't have control over alot of things is pretty overwhelming but this month has really opened my eyes to just letting things happen. In a way it's less stressful too..not even trying to steer and just letting go of the wheel. It's scary but exciting at the same time.

I've been altering my long term to-do list as the months progress, now I have it narrowed down to 5 things I'd like to accomplish by the end of the summer.
1) Learning Spanish I really need to start making more time for this...less TV and more language learning is in order!!

2) Write fan mail to a tennis player I have had even more desire to do this as in all likelihood I will be headed to the Roger's Cup this summer at York University. (Did I also mention the new boy in my life is a tennis player?? :P)

3) Check out Racquet Science (tennis/ badminton store) I visited the store a couple of weeks ago after a doctor's appointment. A tennis/ badminton/squash players dream! The tiny store was covered wall-to-wall in racquets, bags, tennis apparel and strings. I wound up buying some red grip tape to match my red badminton racquet and ended up getting an enormous tennis ball magnet for my fridge as well. Apparently the store is owned by some guy from Edmonton, but he had pictures of himself at the French Open a few years ago, and I was instantly envious.
4)Work on my Renoir 1000 piece puzzle Similar to #1, I really need to start poking along with this...I may start this afternoon.